What’s the point of a truck but you make you happy?

Okay– terrible question. Above all other class of vehicles, trucks have the most purpose, the greatest utility. But on a fundamental level, don’t you look for a vehicle that is going to bring you joy?

At least, that should be your goal if you’re going for a recreational truck. And that’s what the Toyota Tacoma TRD Off-Road markets itself as. Is it your heavy-hauler for big construction jobs? No.

Can you tow a boat to the lake, help your kids move to college, and tear up mountain trails? Oh yeah!

Since the Toyota Tacoma is truck you can have fun in, Toyota held a series of games that are scored not on speed, or tests of brute strength, but on fun.

Each team was outfitted with a brand new Toyota Tacoma, and a wrist band that detects their emotional state. That wrist band checked on how they were feeling throughout the games, and points were assigned based on how much fun each contestant was having.

We may not have cool wrist bands here at Preston Toyota of New Castle, but we know it will be clear how much fun you’ll have while test driving a new Toyota. 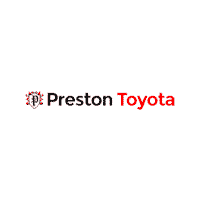